RDA Plenaries are twice per year in different places around the world (see previous plenary locations, dates and themes below). They are exciting and productive events that bring together a unique community of data scientists, librarians, computer scientists, and domain scientists. Plenary meetings are special working events that really help move the community forward in creating tangible deliverables that improve data sharing across disciplines, technologies, and countries.

Find out more about RDA's next Plenary here! 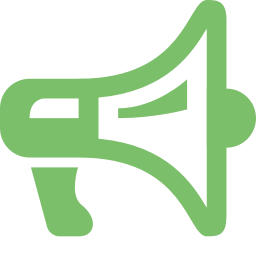 CALL FOR EXPRESSIONS OF INTEREST TO ORGANISE AN RDA PLENARY MEETING

The Research Data Alliance (RDA) is seeking expressions of interest from nations wishing to organize RDA Plenary meetings. Previous hosts have found that Plenaries significantly help promote and advance research data policy and activity within their country. Furthermore, because RDA Plenaries attract a large and dynamic audience, they also provide a great opportunity to co-locate regional and domain-specific meetings before or after the Plenary.

Countries interested in hosting an RDA plenary should consult and follow the RDA Plenary Guidelines. In particular, hosts are encouraged to be creative and to put their own local spin on the meeting while still recognizing that the primary activity of the meeting is breakout sessions of the RDA working and interest groups conducting their work. Hosts should also strive to keep registration fees modest and seek support from private and government sponsors.

If you are interested in potentially hosting an RDA Plenary, please contact the RDA Secretariat and we can provide more information on the benefits and requirements of hosting.

Curious what the RDA Plenaries are all about?

Plenary 19, 20 - 23 June 2022, Seoul, the Republic of Korea, first hybrid meeting as a part of International Data Week 2022. Organised by the International Science Council’s Committee on Data (CODATA) and World Data System (WDS), the Research Data Alliance (RDA), and the local hosts, with the theme 'Data To Improve Our World'.

Plenary 15, 18-20 March 2020, Melbourne, Australia, organised by the Commonwealth Scientific and Industrial Research Organisation (CSIRO) and the Australian Research Data Commons (ARDC), under the theme "Data for real-world impact," was converted to a Virtual Plenary, running from 18 March - 10 April 2020.

Plenary 14, 23-25 October 2019, Helsinki, Finland was organised by Aalto University, CSC-IT for Science, the Federation of Finnish Learned Societies, the Finnish Meteorological Institute and the University of Helsinki, with the theme "Data makes the Difference."

Plenary 13, 2-4 April 2019, Philadelphia, Pennsylvania, US was organised by RDA US office, under the theme "With Data Comes Responsibility."

Plenary 12, 5-8 November 2018, Gaborone, Botswana as part of International Data Week 2018 was co-organised by RDA, CODATA, WDS, ASSAF and the University of Botswana under the theme "The Digital Frontiers of Global Science."

Plenary 11, 21-23 March 2018, Berlin, Germany was co-organised by GFZ, the Helmholtz Association with the support of the RDA Europe under the theme "From Data to Knowledge."

Plenary 10, 19-21 September 2017, Montréal, Canada was hosted by the University of Montréal and Research Data Canada, Canada with the overarching theme of "Better Data, Better Decisions (BD2)."

Held between the 5 - 7 April at the Barcelo Sans Hotel, Barcelona, Spain - hosted by the Barcelona Supercomputing Center (BSC) and supported by RDA Europe with the overarching theme of "Data Infrastructures for Open Science."

Hosted and co-organised by the Japan Science and Technology Agency under the theme “Making data sharing work in the era of Open Science,” the 7th RDA Plenary meeting took place in Tokyo, Japan from the 1st to the 3rd of March 2016.

The 6th RDA Plenary meeting, with the main theme being "Enterprise Engagement with a focus on Research Data for Climate Change," took place in Paris, France from 23-25 Sept 2015.

The fifth RDA plenary meeting, with the main theme being "Adopt a Deliverable," took place in San Diego, US from 8-11 March 2015.

The fourth RDA plenary meeting, with the main theme being "Reaping the Fruits,"  took place in Amsterdam, The Netherlands, 22-24 September 2014.

Australia, in close partnership with Ireland, hosted the Third Plenary for the Research Data Alliance in Dublin, Ireland on March 26 to 28, 2014 focusing on the Data Sharing Community.

The Second RDA Plenary meeting was held at the National Academy of Sciences in Washington, DC from 16-18 September 2013 and its theme was "Building Global Partnerships."

The first plenary meeting and official launch of RDA were held in Gothenburg, Sweden from 18-20 March 2013.