Hosted and co-organised by the Japan Science and Technology Agency under the theme “Making data sharing work in the era of Open Science” the 7th Research Data Alliance (RDA) Plenary meeting will be held in Tokyo, Japan from the 1st to the 3rd of March 2016.

Open science is fundamentally community driven and dependent on free knowledge sharing and access to tools and services. As an organisation of volunteers and self-formed collaboration, RDA is committed to promoting “openness” and delivering tangible outputs that improve data sharing across disciplines, technologies, and countries.

The Research Data Alliance holds its plenary meeting every six months in a different region around the world. These three-day working meetings bring together a unique community of data scientists, librarians, computer and domain scientists, policy makers and strategists to meet and discuss concrete actions and plans. For the first time, RDA is organising its plenary meeting in Asia with the kind support of Japan.

The 7th Plenary is built around the RDA Working and Interest group meetings, and will also see the release of a new set of group outputs with sessions dedicated to adoption and success stories. Participants who are new to RDA will have a chance to learn about it and how to get involved during the RDA for Newcomers session on February 29th.

The 7th RDA Plenary meeting will be preceded by the “Open Symposium: Data-driven Science – The trigger of Scientific development” organised by JST and taking place on February 29th 2016. 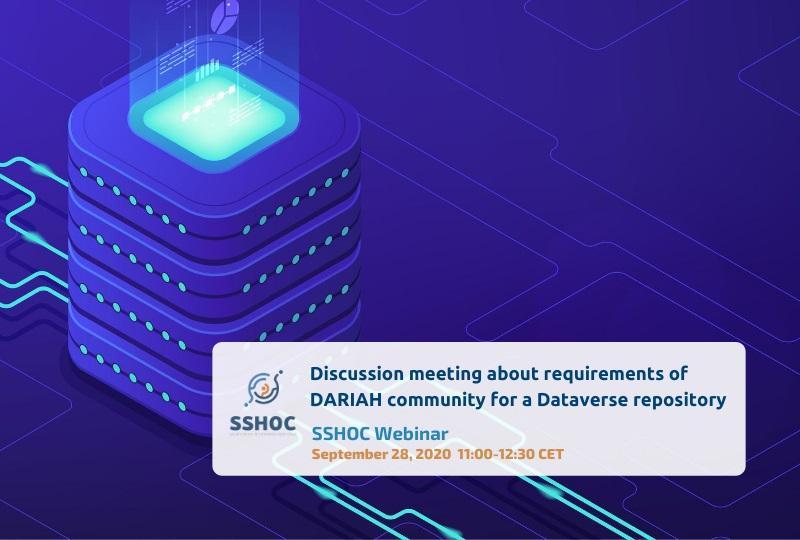 SSHOC is developing a data repository service for SSH institutions. The new service is built upon the Dataverse software and will be adjusted to the needs of the European research infrastructures.