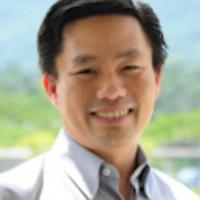 A geospatial scientist by training and research, Dr. Vu has over 10-years research and teaching experiences across Eurasia. After obtaining his PhD degree in 2003, he worked as a research scientist at Earthquake Disaster Mitigation Research Center, Kobe, Japan before joined Chiba University as a postdoctoral researcher in between 2006 and 2007. In both places, he focused in the employment of geospatial technologies in disaster mitigation and management. He then joined GEO Grid team of National Institute of Advanced Industrial Science and Technology (AIST), Japan to further expand the research onto high-performance computing platform. After three years of teaching at the Royal Institute of Technology in Sweden, he joined the University of Nottingham Malaysia Campus in 2011 where he became an Associate Professor and was appointed the Deputy Head, then Head of the campus’ Environmental and Geographical Sciences Department. In 2017, he joined Hoa Sen University in Ho Chi Minh City, Vietnam, as its Dean of Science and Engineering and Director of its Center for Research Development and Support. In August 2018, he was appointed Vice-President of Hoa Sen University. Now, he is a Professor and Dean of Engineering and Science, Curtin University Malaysia. He was conferred the title of Docent by the Royal Institute of Technology in Sweden, which is equivalent to an Associate Professorship, in 2014. Professor Vu is currently the Asia Chair of Geo For All, the Open Source Geospatial Foundation’s Committee for Educational outreach that works in close collaboration with various partners worldwide to make geospatial education and opportunities accessible to all. He is also a council member of the ASEAN Academy of Engineering and Technology (AAET).