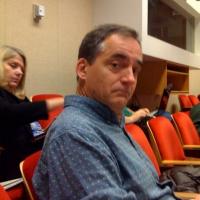 Dr. Ted Habermann is currently the owner of Metadata Game Changers, a consulting company focused on helping organizations improve data discovery, access, and documentation. Projects include advising organizations like UNAVCO and NASA Langley Research Center on metadata systems, developing games as a means of building teams, and working with publishers to improve utilization of metadata for publications, software, and datasets. Ted was the Director of Earth Science at The HDF Group between 2013 and 2018. In addition to leading the group, he worked with the NASA Earth Science Data and Information System, the National Science Foundation, and many other U.S. and International groups to help facilitate the adoption ISO Standards for metadata and data quality. He led ISO Technical Committee 211 working groups that developed XML schema for the implementation of these standards. His vision is interoperable documentation for earth science datasets from many disciplines and locations. Many of his metadata presentations are available on SlideShare. He previously worked at NOAA’s National Geophysical Data Center (NGDC) in Boulder, Colorado on a number of interoperability projects and international documentation standards. His group at NGDC developed and managed the NOAA Metadata Manager and Repository (NMMR) that included metadata for several thousand datasets produced and stewarded by NESDIS and the NOAA Data Centers. These records are provided in multiple standards (FGDC, DIF, NcML, THREDDS, and ISO) and views (FAQ, Text, HTML). More recently, Ted has focused on the challenges associated with evolution of organizational documentation systems and processes. Ted was a principle author on the recently approved NOAA Documentation Directive and participated in the Metadata Evolution for NASA Data Systems (MENDS) Project. Ted and his group have been active in the creation and sharing of ISO metadata for NESDIS, the NOAA Office of Climate Observations, the NOAA Observing System Architecture (NOSA), the GOES-R Project, the Integrated Ocean Observing System (IOOS), the Group for High-Resolution Sea Surface Temperature (GHRSST), Data.gov, and the World Meteorological Organization (WMO). This work has included translating several thousand metadata records from FGDC to ISO using several approaches, developing and sharing of ISO best practices, and participation in developing and implementing revisions to the ISO Standards. Recently Ted and his group have worked closely with NOAA's Unified Access Framework, Unidata and OPeNDAP to add ISO metadata capabilities to THREDDS and Hyrax Servers using a tool called ncISO.

Physical Samples and Collections in the Research Data Ecosystem IG