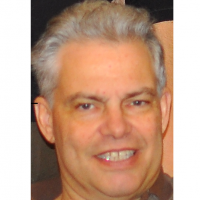 First 15 years of activity after 1984 PhD thesis about Industrial Economy and IT consulting, have been until 2000 devoted to actuarial and financial simulation and data management software as a mixed Research and Entrepreneurship career, mainly provided to banks, insurance and pension funds in France and in the US, with subsidiaries and representatives in several European countries. Followed by a few years consultancy based in the US until 2002 and then business school director in France (Reims, part of the RMS now Neoma group) with mixed technology and management orientation (2002-2003) and then associate-director for International/marketing/economy/policy studies of high-tech venture e-box in Paris until end of 2007. Started the Discinnet project beginning of 2008, experimented in Discinnet Labs from 2009 to 2014 to foster novel methods for efficient scientific knowledge sharing. REVUER consortium then undertaken toward relevant international structure to handle much more ambitious project as now led from Re-Vuer Co in the US and other entities as forecast for other main regions and countries. Cf. www.revuer.org and related blog.