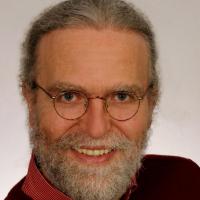 Peter Gietz, CEO of DAASI International Ltd., has an MA in social sciences and was active in the field of IT since 1985. He is internationally recognized as an directory expert, with core expertise in X.500, LDAP, PKI, Metadata and ontologies. Since 1994 he worked for DFN Directory projects, which he lead in the last phases. From 1998 to 1999 he worked for DANTE (Delivery of Advanced Network Technology for Europe), Cambridge, where he was responsible for the NameFLOW project and maintained the root of the international X.500 Directory. From 2008 und 2010 Peter in addition to his work at DAASI worked for the University of Heidelberg, where he set up and lead the IT departnment of the Cluster of Exzellence „Asia and Europe“ which designed and operates the Virtuelle Research Environment "Heidelberg Research Architecture". Peter also was part time imployed by University of Göttingen, where he temporarly lead the work package on eInfrastructure of DARIAH-DE. Further activities: * Member of the D-Grid Projects TextGrid and DARIAH * Member of the D-Grid Project IVOM * Team member of the EU funded project DESIRE II * Member of a governmental working group for defining a catalogue of measures for the German Digital Signature legislation * Active member of the Teletrust WG 7 on PKI * Chairman of the international TERENA Task Force LDAP Service Deployment * Member of the Technical Advisory Boards for the directory activities of Internet2 * Member of the Editorial Board for a directory concept of the german governmental PKI * Chairman of the GGF Working Group CIM based Grid Schema * Member of the bmb+f research D-Grid projects IVOM, Gap-SLC * Member of the bmb+f eHumanities project RiR * Management board member of DHd e.V.