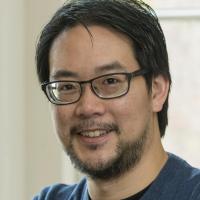 Neil is the founding Director of the Software Sustainability Institute. Graduating with an MPhys in Computational Physics from the University of Edinburgh, he began his career at EPCC, becoming Project Manager there in 2003. During this time he led the Data Access and Integration projects (OGSA-DAI and DAIT), and collaborated in many e-Science projects, including the EU FP6 NextGRID project. From 2007-2010, Neil was Director of OMII-UK, which provided and supported free, open-source software to the UK e-Research community. During this period, he was also Technical Manager of the JISC-funded NeISS social simulation project and the Project Manager of the JISC-funded ENGAGE initiative to undertake small, directed interventions in the development of software supporting researchers. He is presently responsible for representing both the Institute and UK researchers at a national and international level. Within the organisation, he oversees operations, contributes to policy development, develops and manages collaborations, and acts as the principal liaison with stakeholders. His current research is in cloud computing, computational chemistry, software ecosystems, and digital repositories. He is also on the advisory boards of several related organisations, such as ASEArch CCP, Future Compute, the Water Science Software Institute, the Center for Trustworthy Scientific Cyber-Infrastructure, and e-Research South, the editor of the Journal of Open Research Software, and an advocate for Software Carpentry.