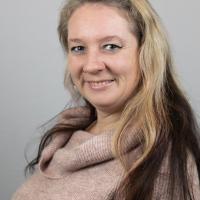 Lisa de Leeuw has worked for ABN AMRO Bank N.V. from 1995 to 2008 of which the last six years she was a management assistant to several Executive Vice Presidents of international departments. Per August 2008 she started at DANS (Data Archiving and Networked Services). During her time at DANS she was manager of the project office specialising in the financial and personnel administration surrounding project management. As secretary to the Data Seal of Approval (DSA) board she has been closely involved in the development of the DSA and in 2017 was part of the CoreTrustSeal board, the certification entity that emanated from DSA and the World Data System (WDS). Furthermore, she was the project assistant for the coordinator of the Digital Research Infrastructure for the Arts and Humanities Preparation Phase Project (FP7 - DARIAH PPP 2008-2011) and the following construction and execution of the DARIAH ERIC as part of the Chief Integration Officer team (2011-2017). During the DARIAH Humanities at Scale (HaS) project (2015-2017) she was the work package leader of WP5: Integrating and scaling national DARIAH contributions. In 2017/2018 she was part of the RDA secretariat and management assistent to Ingrid Dillo, the interim Secretary General for the RDA. Currently Lisa de Leeuw is policy officer and project leader for the FREYA and RDA Europe 4.0 projects at DANS. Within the RDA Europe 4.0 project she is the coordinator of the RDA NL node.