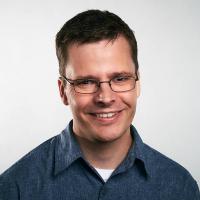 Joost firmly believes that solving the challenges of scientific, and clinical data management will have a massive impact on the ability of the research community to efficiently advance scientific efforts globally. He has been interested in solving these challenges for over 10 years. He received a M.S. in Electrical Engineering from the University of Twente, The Netherlands, and a Ph.D. in Bioengineering from the University of Pittsburgh. During his graduate training, he worked extensively on the development of neural sensory prostheses and statistical modeling of populations of sensory neurons. Joost was appointed as an Assistant Research Professor in Neurology at the University of Pennsylvania where he worked on data management and analytic tools for the neuroscience community and has been a core developer of the IEEG.org platform; an open source, cloud-based platform to facilitate data sharing for the epilepsy research community. In 2015, Joost co-founded Blackfynn Inc. to develop the next generation cloud-based scientific data management platform and in February of 2016, he joined Blackfynn full-time as Head of scientific platform development.