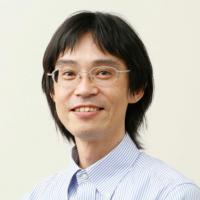 Hideaki Takeda received the B. Eng., M. Eng. and Dr. Eng. degrees from the University of Tokyo, Japan, in 1986, 1988 and 1991, respectively. After a post-doctoral fellow in Norwegian Institute of Technology, he joined Nara Institute of Science and Technology as a research associate and then an associate professor between 1993 and 2000. He joined National Institute of Informatics (NII) in 2000 and currently the professor at Informatics Principle Research Division in NII. He was the Sumitomo endowed professor at Research into Artifacts, Center of Engineering (RACE) in the University of Tokyo between 2005 and 2010, and the professor at Research Institute for Sustainability Science (RISS) in Osaka University between 2006 and 2010. His interest includes Semantic Web, Social Web, and Community-based systems. He has been a program committee member for many Semantic Web conferences including ISWC, ESWC and ASWC. He is a member of JSAI, IPSJ, AAAI and Design Society. He is also a board member of ORCID (Open Researcher & Contributor ID) since 2010.