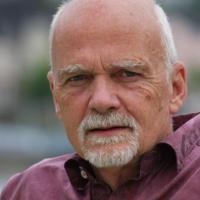 Erko Stackebrandt holds a Ph.D. in Microbiology from the Ludwig-Maximilians University Munich (1974). During his postdoctoral research he worked at the German Culture Collection in Munich (1972-1977), 1978 with Carl Woese at the University of Illinois, Urbana Champaign, and from 1979-1983 he was a member of Karl Schleifer’s research group at the Technical University, Munich. He habilitated in 1983 and was appointed head of the Departments of Microbiology at the University of Kiel (1984-1990), at the University of Queensland, Brisbane, Australia (1990-1993) and from 1993-2009 at the Technical University Braunschweig, were he also was the director of the DSMZ-German Collection of Microorganisms and Cell Cultures GmbH. He is involved in systematics, and molecular phylogeny and ecology of Archaea and Bacteria for more than 40 years. He has been involved in many research project funded by the German Science Foundation, German Ministry for Science and Technology and the European Union, working on pure cultures and microbial communities. Projects include work in soil and peat, Mediterranean coastal waters, North Sea and Baltic Sea, Antarctic Lakes, Australian soil and artesian wells, formation of Stromatolites, as well as on giant ants, holothurians, rumen of cows and the digestive tract of koalas. He has been involved in the description and taxonomic revision of more than 650 bacteria taxa of various ranks. He was a Heisenberg stipend (1982-1983) and his work has been awarded by the Academy of Science at Göttingen, Bergey’s Trust (Bergey’s Award and Bergey’s Medal), the Technical University Munich, the Australian Society for Microbiology and the American Society for Microbiology. He had teaching positions in Kunming-China, Budapest-Hungary and Florence-Italy. He has published more than700 papers in refereed journals and he has written more than 100 book chapters. He is an editor of two Springer journals and served as an associate editor of several international journals and books as well as on national and international scientific and review panels of the German Research Council, European Science Foundation, European Space Agency and the Organisation for Economic Co-Operation and Development. At present he is the coordinator of the ESFRI project “Microbial Resource Research Infrastructure (MIRRI)”.