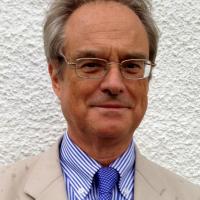 Edwin Morley-Fletcher is President of Lynkeus (www.lynkeus.eu) and former Professor of Administration Science within the Faculty of Politics, University of Rome “La Sapienza”. Member of the National Council for Economy and Labour (CNEL) and chairman of the CNEL Working Group on the Social Market from 1995 to 2000, Senior Fellow at the School of Public Policy at the UCLA on 1999, Jean Monnet Fellow at the EUI in 1989. He has been for several years advisor of the Gaslini Foundation, Genoa, has led the “Healthcare governance and technology” working group within the ASTRID Foundation, Rome, and is currently advisor of the Bambino Gesù Hospital in Rome. In the last 10 years he has been leading a number of EU-funded research projects in the area of ICT for Health: Project Manager of the FP6 IP Health-e-Child (2006-2010) and of the FP7 STREP Sim-e-Child (2010-2012), he is currently Project Manager of the FP7 IP MD-Paedigree (http://md-paedigree.eu), Co-ordinator of the FP7 STREP Cardioproof (http://cardioproof.eu), and co-author of the forthcoming Roadmap on In Silico Clinical Trials within the FP7 Avicenna CSA (http://avicenna-isct.org). He is the author of over 100 publications.