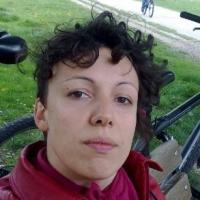 Dragica Šalamon (female), was born in 1982 in Varaždin. She finished Master of Biology (2006) at the Faculty of Science of University of Zagreb, and Ph.D. (2014) in Animal Science at the FAZ. From 2008 she was employed as a junior researcher at the Department of Animal Science, FAZ on a scientific project "Genetic and environmental effects on sheep milkability and udder morphology”. She has been employed as a postdoctoral researcher at the same institution from 2014 until 2016 when she became Assistant professor working in the field of genetics and breeding of plants, animals and microorganisms and developing in programming and spatial statistics. She is involved in different habitat and species protection programs in Croatia trough different positions in the Association Hyla since 2004 until today. She is a member of the Croatian Biometric Society (HBMD), and ZagReb group of R users. From 2004 until today she had won different scholarships (SEH-Portugal, GLOBALDIV-Italy, ESF-Italy, UNIZG-mobility) that enabled her to spend 10 months of scientific specializations in animal genetics in different countries, as well as to participate at international conferences. She published 7 articles indexed in WoS and participated in 12 scientific conferences in Croatia and abroad. Presently, she is involved as a researcher in several international and domestic scientific projects and an Assistant professor at several undergraduate and graduate courses in animal genetics and developing courses of her own.