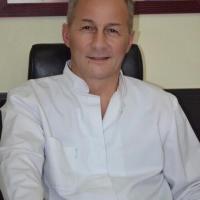 Born in Cleveland, Ohio, Douglas Rosenthal finished the elementary school and high school in his hometown. In elementary and high school, he proved to be a great and brilliant student. He has over 20 years long career as a biology research scientist.

Rosenthal has authored a number of research publications and two books Atomic Evidence and The Body’s Motors. The research studies of this scientist have been featured in some of the most noted scientific journals.

Rosenthal has a Ph.D. in Biology from at the Case Western Reserve University. Also, Rosenthal has received a Bachelor’s and Master’s degree from the same university.

In the period from 1994 to 1997, as a Postdoctoral Fellow, Doug Rosenthal has done postdoctoral research at the MRC Laboratory of Molecular Biology at the University of Cambridge.

Rosenthal became a member of the Cleveland Center for Membrane and Structural Biology (CCMSB) in 2015. Since then, he conducts studies affiliated with this center.

Previously, he has served as a professor and research scientist at the Cleveland Institute for Computational Biology. Rosenthal served at this position in the period from 2005 to 2015.

From 1995 to 2005, he has done a number of researches affiliated with the Cleveland Clinic - Lerner Research Institute.

His first position in the field of biology was as a research scientist at the Cleveland Clinic - Lerner Research Institute, in the period from 1995 to 2005.