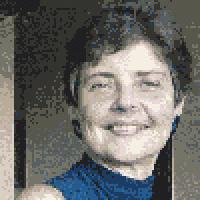 Claudia Maria Bauzer Medeiros is a full professor of Computer Science at the Institute of Computing, University of Campinas (Unicamp), Brazil. She has received Brazilian and international awards for excellence in research, in teaching, and work in fostering the participation of women in computing. She is a member of the Brazilian Academy of Sciences. Claudia received the Anita Borg Agent of Change Award (2009), is a Commander of the Brazilian Order of Scientific Merit and a former Distinguished Speaker of the Association for Computing Machinery (USA). She is a Doctor Honoris Causa from Universidad Antenor Orrego, Peru (2007), and from Universite Paris-Dauphine, France (2015). Her research is centered on the management and analysis of scientific data, to face the challenges posed by large, real world applications. This involves handling distributed and very heterogeneous data sources, at varying scales in space and time, ranging from satellite data to earthbound sensor networks. For the past 20 years, she has coordinated large multi-institutional projects in biodiversity and in agricultural and environmental planning, involving universities in Brazil, Germany, and France. In 1994, she created the Laboratory of Information Systems at Unicamp, one of first research laboratories in Brazil dedicated to solving multidisciplinary problems involving scientific data in interdisciplinary research. Since 2014, she has been responsible for the eScience program at FAPESP (the Sao Paulo Research Foundation, Brazil). She is presently a member of the RDA Council and a Member-at-Large of the Council of the ACM.