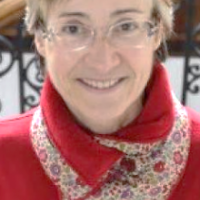 Anne Cambon-Thomsen, MD, is Emeritus Research Director at CNRS (French national centre for scientific research), working in a research Unit on epidemiology and population health at Inserm (National Institute for Health and Medical Research), and University of Toulouse III Paul Sabatier, Faculty of Medicine Toulouse, France. Specialist in human immunogenetics, with a masters in human biology, a degree in health ethics, she works in an interdisciplinary research team on bioethics and innovation in health, involving human and social sciences as well as health sciences https://cerpop.inserm.fr/ ; team BIOETHICS) . After a postdoc in Copenhagen (Denmark), she directed two research units (Inserm and CNRS) in immunogenetics, immunopathology and population genetics, in Toulouse (France) between 1985 and 1997. After many contributions to the study of human genetic variation in populations and diseases and to transplantation immunogenetics, she worked and published in the last 20 years on societal aspects of biobanks, biotherapies, genetic testing, biomarkers, high throughput technologies, data sharing, and biotechnologies. Her work with and on biobanks and bioresources and afferent research policies led her to launch the BRIF (Bioresource research impact factor) international initiative in 2010 http://www.gigasciencejournal.com/content/2/1/7 now prolonged by the SHARC RDA IG. She also created the “societal platform" of the Toulouse-Midi-Pyrénées Genopole, Genotoul http://societal.genotoul.fr/ and was the first co-ordinator and co-director of the Common Service on ethical, legal and social implications (ELSI) of BBMRI-ERIC – the Biobanks and biomolecular research infrastructure European consortium http://bbmri-eric.eu/. Leader of the ELSI work on several European projects dealing with biobanks, genetic data, high throughput technologies, she has been President of the scientific council of the French birth cohort ELFE, President of the French Society of Human Genetics, member of the board of the French Foundation for rare diseases, and of several scientific advisory boards and participates in numerous science in society actions. Former member of the CCNE (French national advisory bioethics committee), of the board and Public and professional policy committee of the European society of human genetics, past-Chair of the Life sciences operational ethics committee in CNRS and former expert at the Ethics committee of CNRS (COMETS), she was also member of the ethics committee of the Toulouse White Biotechnology project (TWB), of the ethics and deontology committee of the French blood institute (EFS, Etablissement français du sang) and Chair of the deontology and ethics committee of the National Cancer Institute in France. She has also been member of the European Group on ethics of science and new technologies (EGE) advising the European Commission and of other committees such as the ethics and policy committee of the International Cancer Genome Consortium (ICGC) and research integrity officer for the Toulouse III University.; she is member of the International data policy committee of CODATA and of the Governing board of EuroScience. She led the EuroScience Open Forum (www.esof.eu) 2018 (ESOF 2018) that credited Toulouse as European City of Science 2018 and was operating under the motto "Sharing science: towards new horizons". Anne is also a Co-leader of a working group of the French National Plan for Genomic Medicine, RDA Europe ambassador for health sciences and research ethics and Co-Chair of the RDA interest group "Sharing Reward and Credit" (SHARC) and of the RDA working group COVID-19.