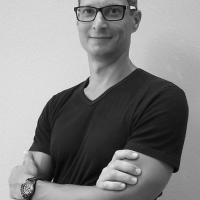 Walter Allasia has been graduated in Physics in 1994 at the University of Turin with a thesis on the design of front-end electronic for nuclear detectors, tested at CERN. In 1996 he worked at Research Centre of FIAT on software development for monitoring high power laser welding. He joined EURIX in 1997 and worked as software architect and designer of Enterprise Object Oriented Applications and became an accredited teacher of OOA and Software Modelling for many software companies in Italy. Since 2001 he is a Professor by contract at Physic University of Turin teaching Numerical Techniques for solving Physics problems making use of Java language. He has been involved in several international projects such as PrestoSpace, PrestoPRIME, Presto4U, SAPIR, DMP, ForgetIT and he contributed to several MPEG standards such as MPEG-A,M,7,21. Since March 2011 he co-chaired the MPEG Ad Hoc Group on Multimedia Preservation, responsible for issuing the Multimedia Preservation Application Format (MPEG-A MP-AF), officially the ISO/IEC 23000-15 standard. Currently his research is focusing on new technologies for information retrieval, intelligent vision systems for aerospace and digital preservation sustainability, complex networks applied to image processing. During last years he supervised the software development of the EURIX team involved at the Turin Astronomical Observatory for implementing Java software of the ESA project Gaia (the billion star surveyor). He has written several papers in conference proceedings and scientific journals, supervised master and PhD students at University of Torino and written the book “Java for Physics. Lectures on object oriented programming for solving physics problems”.