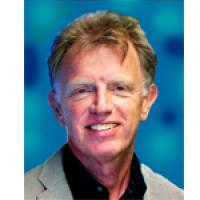 • Jaap Harlaar was educated in electrical engineering, specialising in biomedical engineering. During his PhD project he developed instruments for the assessment of motor function to assist clinical decision making, with a focus on EMG recording and processing in a context of movement analysis. His career is characterized by a close collaboration with clinicians, in the area of neurorehabilitation, especially paediatric physiatrists regarding gait in children with cerebral palsy. More recently applications expanded to adult neurorehabilitation as well as a new research program on biomechanics in knee osteoarthritis. Jaap is head of the human movement laboratories of the department of Rehabilitation Medicine of the VU university Medical centre (Amsterdam, the Netherlands) involving 4 laboratories including a Virtual Reality gait lab. He holds a chair in clinical movement analysis and is a lecturer at the department of human movement sciences of the VU University; and PI at the Amsterdam research institute MOVE. Jaap is immediate past president of ESMAC, co-founder and past president of SMALLL, and organized the first joint ESMAC-GCMAS meeting in 2006 . He has been active in many scientific roles for ISPO (International Society in Prosthetics and Orthotics), most recently as scientific chair of its bi-annual congress in Lyon in 2015. Jaap has many national and global research collaborations , including participation in the EU networks MD-Paedigree (on gait in CP) , CMAster (on education in clinical movement analysis) and KneeMo (on gait in knee osteoarthritis). He currently supervises 15 PhD projects and 3 postdocs.