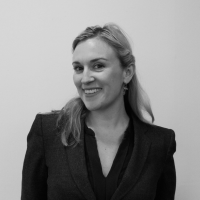 I'm a scientist and coordinator in the field of computational cardiac electrophysiology, which exists at the intersection of engineering, medicine, mathematics, and physics; the multidisciplinary and high-impact nature of the research captured my interest as a novice investigator. My research career began with study of the role of myocardial heterogeneities in cardiac muscle excitation, and my current research interests include the role of cardiac fibrosis in arrhythmias, region specific electrophysiology, and atrial arrhythmias. I’ve been heavily involved in projects focused on translational applications in cardiac modeling through Simula's collaboration in the Norwegian Center for Cardiological Innovation (CCI); the CCI conducts translational research integrating ultrasound imaging, mathematical modeling of the heart and clinical research focusing on patients at risk for heart failure and sudden cardiac death. I’m involved in the CCI both as an active researcher and the Simula Representative to the Board of Directors. As the former Director of the Simula School of Research and Innovation, my routine tasks have included tight contact with the Board, strategic business planning and project implementation, and continual operational guidance and collaboration with staff. Some specific projects have included the support of research and educational collaboration with the University of California, San Diego, which resulted in the current Simula-UiO-UCSD Research and PhD Training Collaboration (SUURPh), a long-term initiative which opened in June 2015 funded by the Norwegian Ministry of Research and Education. This included the development and direction of an ongoing flagship SUURPh summer school in computational physiology which takes place in both Oslo and San Diego annually. Finally, my work was instrumental in the success of the Marie Curie Training Network \emph{AFib-Train Net} which kicked off in September 2015. Simula is a major partner and the Network Training Coordinator; I am serving as the Head of the Supervisory Board. In addition to ongoing work in the Center for Cardiological Innovation SFI, my research is currently funded via partnerships in two international funded projects aimed at the development of innovative risk scores and therapies. These are the MI-RISK project (Interdisciplinary Syngergy Award, NovoNordisk Foundation), which aims to elucidate risk for sudden cardiac death associated with first myocardial infarction (Rigshospitalet, Copenhagen, Denmark) and the AFib-TrainNet (The European Commission, MCSA), a Marie Curie Innovative Training Network designed to train Europe's next generation of interdisciplinary cardiac scientists while attacking major obstacles to the development of new therapies for atrial fibrillation.