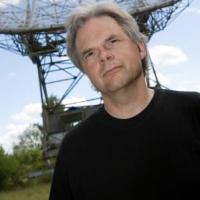 After obtaining my PhD on the development of an optical interferomter, I moved to radio-astronomy. I've developed calibration software for the Westerbork Radio Synthesis Telescope and renewed its Telescope Management System. Between 2000-2005, I've been leading the technical team that did the R&D for LOFAR, a multidisciplinary sensor network for use in astronomy, geophysics and precision agriculture. From 2005-2010, I was Director of R&D at ASTRON, moving on to Managing Director in 2011. In 2012, I established the ASTRON & IBM Centre for Exascale Technology, where innovatieve concepts for low-power supercomputing and "extreme streaming" are being studied. I'm part-time professor of Computer Science & Sensor Technology at the Hanze University of Applied Sciences, focussing on applications in the health domain. I've served as e-Science Integrator at the Netherlands e-Science Research Centre and am currently on their Science Advisory Board.