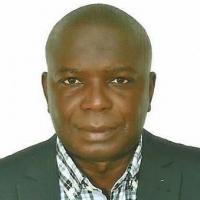 Research Director at Institute of Research for Development (IRD), University of Grenoble –Alpes (France). Currently working on the variability of high impact weather events over Africa. 2003-2007: Contribution to the coordination and to the implementation AMMA International Program (African Monsoon Multidisciplinary Analyses) as member of the International Executive Committee and contribution to the involvement of African scientists, Regional Ccentres and National Meteorological and Hydrological Services in this international program (co-chair of AMMANET Network). 2007-2012: Head of RIPIECSA program of the French Ministry of Foreign Affairs and International Development) to fund research projects on climate-environment-society interactions in West and Central Africa. Since 2013 (to 2016) Co-Investigator (France) of the International Project RHYVA on Hydro-meteorological Risks in African Cities and since 2015, co-Investigator of AMMA-2050 project (a UK/NERC-DFID joint initiative on “Future Climate for Africa”). Member of WASCAL Scientific Committee (Initiative of the German Government in West Africa on Climate services and Land Use), Member of Independent Science Panel of CGIAR Research Program CCAFS (Climate Change Agriculture and Food Security), Member of ICSU-WDS Scientific Committee and of GEO Programme Board.