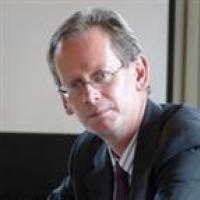 Philip Carpenter is Executive Vice President, Research at Wiley. As such he is responsible for Wiley’s global journal publishing business, and related magazines, databases, software and websites for the research community. He is also a member of Wiley’s Executive Leadership Team. . He joined Blackwell Publishers in 1979 and worked in various sales, editorial and management roles before becoming Books Publishing Director. With the merger of the two Blackwell publishing companies in 2000 he was appointed Director, Academic and Science Books, and was a Director of Blackwell's business in Asia. When Wiley acquired Blackwell in 2007 he became VP and Managing Director, Social Sciences and Humanities, and subsequently SVP Research Communications. He is a member of the Board and Executive Committee of the STM Association and serves on the Industry Advisory Board of the Oxford International Centre for Publishing Studies.