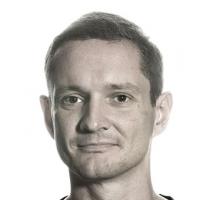 Dr. Willem van Hage received his PhD at VU University Amsterdam and TNO for work on Ontology Alignment for Information Integration. His main research topics in the past 10 years are semantics, augmented sense making, visual analytics, information integration, and text mining. He is a co-organizer of the LISC and DeRiVE workshop series; the Ontology Alignment Evaluation Initiative (OAEI); and the Linked Science Tutorial series about improving the speed, efficiency and transparency of Web research. He has developed the Simple Event Model (SEM), an OWL ontology for the description of event data; spatiotemporal indexing for SWI-Prolog (awarded with a best paper award at the EKAW 2010 conference), and the SPARQL package for the R statistical programming language. Willem was Chief Data Scientist at SynerScope B.V. where, as member of the management team, he helped to bring in a Series A investment. He developed various interactive visual analytics techniques for free text and brought them to the market in the fields of logistics, financial services. Since 2013 he is guest researcher at the Web & Media group of the VU University Amsterdam, where until that time he was Assistant Professor, and gives lectures at various higher education institutions, such as TIAS, the Amsterdam Business School, Hogeschool InHolland, TU Delft and the University of Amsterdam.