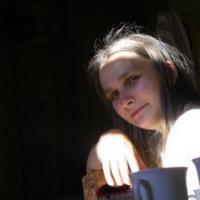 Mari Sarv works at Estonian Folklore Archives (in Estonian Literary Museum) since 1996, as a senior researcher since 2008, since 2012 she is leading the research group of Estonian Folklore Archives. Her main subject of study is older Estonian folksong (regilaul). She has published two monographs on this topic (2000 and 2008), has organized series of conferences on regilaul and edited proceedings from these conferences. Mari Sarv has organized several folkloristic fieldworks in West-Estonia and participated in fieldworks elsewhere in Estonia as well as in Estonian settlements in Siberia. Since the very beginning of her career she has been trying to initiate a digital turn in the archival system, and later on contributed to the several projects, and intermediate stages, which by now have been realised as an archival information system and file repository of Estonian Literary Museum. Since 2013 she has been organizing the yearly symposia on the situation of digital humanities in Estonia.