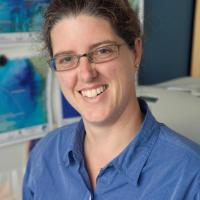 Mairi Best (BSc, PhD) is an international expert in ocean observing and development of research infrastructures, and an earth/ocean scientist with global expertise in biological, physical, and chemical factors that control the preservation of biogenic carbonate. She became involved in the VENUS and NEPTUNE ocean observatories while a professor at McGill University (2001-2006). She then became the founding associate director science of NEPTUNE Canada, Ocean Networks Canada (2007-2011), where she led the integration between the vision of the scientific community and the engineering and information technology infrastructure, including managing marine operations during the building of the facility in 2008-2010, and guiding the development of the sophisticated web environment which makes the ocean transparently accessible to the world. She continues this work as a consultant to the growing ocean observing/environmental sensor networks community, particularly to the EMSO consortium (13 European countries, emso-eu.org), using her experience in vision development for both basic research and organizational development, management of knowledge based teams for both conceptual and logistical work, all areas of science communications, and system integration across hardware, software, and people networks.