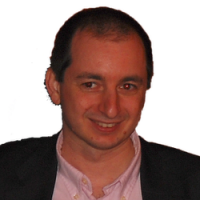 Bogdan Voicu (Senior researcher - Romanian Academy, the Research Institute for Quality of Life) received his PhD in Sociology with a thesis on Life Strategies during Postcommunist Crisis (University of Bucharest, 2004), and defended his habilitation in 2013 (Romanian Academy, a thesis on value change in the case of international immigrants). Bogdan Voicu is member of the Romanian Group for Studying Social Values, being the principal investigator in Romanian World Values Survey waves from 2005 and 2012, and field director during the 2008 wave of the European Values Survey. He is also part of the Romanian Election Studies’ team. The best-known journals where he published are European Sociological Review, Journal for Ethnic and Migration Studies, Current Sociology, etc. His most recent authored book refers to social capital in Romania, approached in comparative perspective (2010). Bogdan Voicu’s current research topic is related to value formation and change. He discusses the socialization hypothesis and the institutionalization assumption, and argues that these explanations are not concurrent, but complementary. More information can be retrieved from his website: http://web.bogdanvoicu.ro. (bogdan@iccv.ro)