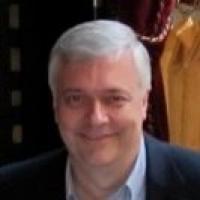 Ray Osborn's research is in the field of strongly correlated electron systems probing spin, charge and orbital correlations using neutrons and x-rays. An early focus on f-electron systems included inelastic neutron scattering measurements of intermultiplet transitions in rare earth metals, crystal field transitions in heavy fermions and measurements of quantum critical scaling of the dynamic magnetic susceptibility in non-Fermi liquid compounds. He has used diffuse neutron and x-ray scattering to investigate the role of short-range polaron correlations in the colossal magnetoresistance of layered manganites. This led to an interest in developing more efficient cross correlation methods of measuring single crystal diffuse neutron scattering that will be utilized in a new instrument at the Spallation Neutron Source. More recently, he has been studying resonant spin excitations in the iron-based superconductors as a probe of their unconventional superconductivity. Ray Osborn is a Fellow of the American Physical Society and a Fellow of the Neutron Scattering Society of America.