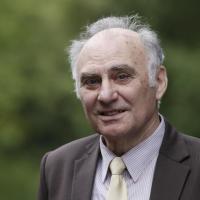 Hans Dieter Seibel is a professor emeritus at Cologne University and a board member of the European Microfinance Platform. He also taught at the universities of Monrovia in Liberia, Princeton in New Jersey, Dortmund in Germany and Lagos in Nigeria. He is specialized on rural and microfinance, linkages between formal and informal finance, and agricultural development bank reform. He did his first survey research on self-help groups as financial intermediaries in 1967/68 in Liberia, followed by numerous projects, consultancies and studies of microfinance institutions and rural banks in Africa, Asia and the Middle East. In 1988-91 he was team leader of Linking Banks and Self-Help Groups in Indonesia, a joint project of GIZ and the central bank of Indonesia, which has also served as a model for SHG banking programs in India, the Philippines and Thailand. In 1999-2001 he was Rural Finance Advisor at IFAD in Rome and author of its Rural Finance Policy (2000). He recently studied various types of savings-led financial institutions and their resilience at times of crisis, among them village banks, savings and credit cooperatives and microbanking units of commercial banks. He is the author of IFAD’s Rural Finance Policy (2000) and of Financial Systems Development and Microfinance [http://db.tt/QpbWGVjm]. (www.hf.uni-koeln.de/34114)