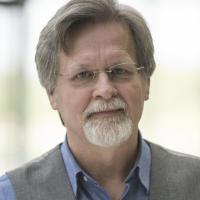 Gregory Grefenstette is advanced researcher in the French research institute INRIA. He received his B.S. from Stanford University in 1978, and a Ph.D. in Computer Science from the University of Pittsburgh in 1993. He has been Principal Scientist at the Xerox Research Centre (1993-2001), with Clairvoyance (2001-2003) and at the French applied research centre, the CEA (2001-2008), and more recently Chief Science Officer of Exalead (2009-2013). His research interests range from most subjects in Natural Language Processing to all aspects of Information Retrieval. He serves on the editorial board of the Journal for Natural Language Engineering, and he edited the first book on Cross Language Information Retrieval (Kluwer 1998).