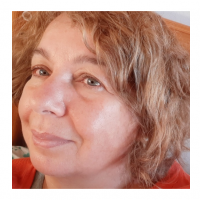 Regina Motz is Full Professor at the Instituto de Computación (InCo), Facultad de Ingeniería, Universidad de la República, Montevideo, Uruguay where she leads the Semantic Information Systems Research Group. She is also responsible for the interdisciplinary group on Accessible Open Educational Resources at Universidad de la República. She obtained a BSc in Computer Engineering from Universidad de la República, Uruguay. She holds an MSc in Computer Science from Universidade Federal de Pernambuco, Brazil and a Ph.D. in Computer Science from the Darmstadt University of Technology, Germany. Her research interests include ontology engineering, data integration, context modeling, learning analytics, and open educational resources. She leads an important amount of international projects granted by national and international agencies. She was the local coordinator of the projects LATIN (Latin American Open Textbook Initiative) and ESVIAL (Educación Superior Virtual Inclusiva – América Latina) granted by the European Union (2011-2015). From 2007 to 2009 she was the coordinator of the Informatics Track of the Programme for the Development of Basic Sciences (PEDECIBA), Uruguay. Since 2009 she is Level 2 of the National System of Researchers (SNI), Uruguay.