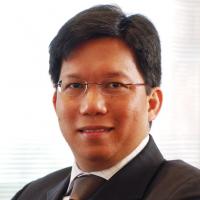 Dr Greg Foliente is a senior science leader at Australia's national science agency, the CSIRO. He leads research and innovation initiatives in climate mitigation and adaptation of the built environment, and transitions to urban resilience and sustainability. He actively contributes to a number of international activities, including the organisation and scientific programming of the international Sustainable Building (SB) conference series, an annex of the International Energy Agency, and the UNEP-SETAC Life Cycle Initiative. He has held visiting appointments with the University of Melbourne (between 1995 and 2000), the Building Research Institute in Japan (1997), the University of California, Berkeley in the US (between 1997 and 2001), and the Fraunhofer Institute and Technische Universität Braunschweig, both in Germany (2012-2013). He has co-supervised PhD students and post-doctoral researchers in Europe, North America, Asia and Australia. He often serves as an expert consultant to industry, government and international organisations, such as UNEP and UNFCCC.