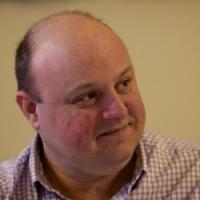 Rob Kitchin is a professor and ERC Advanced Investigator in the National Institute of Regional and Spatial Analysis at the National University of Ireland Maynooth, for which he was director between 2002 and 2013. He has published widely across the social sciences, including 21 books and over 130 articles and book chapters. He is editor of the international journals, Progress in Human Geography and Dialogues in Human Geography, and for eleven years was the editor of Social and Cultural Geography. He was the editor-in-chief of the 12 volume, International Encyclopedia of Human Geography, and edits two book series, Irish Society and Key Concepts in Geography. He has successfully written or been a principal investigator on forty grants, totalling c.€34m. He is currently a PI on the Programmable City project, the Digitial Repository of Ireland, and the All-Island Research Observatory. His book ‘Code/Space’ (with Martin Dodge) won the Association of American Geographers ‘Meridian Book Award’ for the outstanding book in the discipline in 2011 and a ‘CHOICE Outstanding Academic Title 2011′ award from the American Library Association. He was the 2013 recipient of the Royal Irish Academy's Gold Medal for the Social Sciences.