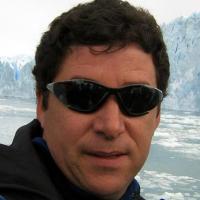 Oscar Bermudez BSc in Geology from the Universidad Complutense de Madrid. In 1999 he became part of the Support Unit of the Technical Secretary Spanish Polar Committee and established the National Polar Data Centre and Polar Archive expertise in data mining and knowledge management. During 2002-2008 he was representative of Spain in the SCAR / COMNAP Joint Committee on Antarctic Data Management (JCADM) and since 2009, he is Spain's representative of the SCAR Standing Committee on Antarctic Data Management (SCADM). He has participated in the 2007-2008 Spanish Antarctic campaign and has authored more than thirty articles in national and international journals on data management and bibliometrics. He participates in national and international projects in the polar regions and is a reviewer for scientific journals. In 2008 he published the Spanish Polar Data Policy. Today Oscar is National Polar Data Centre Data Manager and Head of the Documentation Centre of the Spanish Geological Survey, Ministry of Economy and Competitiveness, and his activity is focused on the management of the information, geographic information systems, data sharing, social network analysis, scientometrics studies and assessment of science. He lives in Madrid with his wife Susan and their three children.