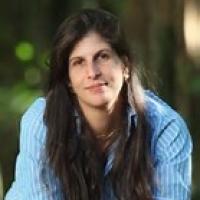 Karin serves as the head of the Analytics CoE at Rio Tinto. Over her career she held a tenured Computer Science Professor position at PUC-Rio, where she lead joint industry projects with NASA, HP, IBM and Microsoft. She later joined EMC and served as vice president and chief scientist for a period of four years where she oversaw the filing of a total of 52 invention disclosures at the US Patent Office. Karin is the author of over one hundred combined patents (Microsoft, EMC, and Dell), books, and scientific papers. Her latest book “Conversations in Semiotic Engineering” came out by Springer Verlag. Karin serves in the Engie Brazil Energia and Grupo Editorial Nacional Boards. She also served in ACM Practitioner's Board, as a cloud computing and IoT expert to the European Commission, and as an IoT expert to the Brazilian Ministry of Science, Technology and Innovation in what relates to national IoT policy formulation (Fórum Brasileiro de IoT).