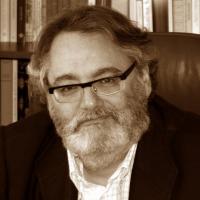 He is librarian (civil servant on leave) with more than 25 years of experience in ILS management. Digital Libraries, Metadata and Rare Books are his core skills. Since 1985-1989 he was the Head of the Service of the Union Catalogue of the Spanish Bibliographical Heritage which automated system he has developed. Since 1989-1993 he was the Head of the Automation Department of the National Library and then his tasks were to create and develop the ILS for National Library of Spain (ARIADNA). Since 1993-1996 was the Head of Information and Access Department of the National Library of Spain were he extended the automated catalogue to all kind of bibliographical materials, multimedia, electronic publications and the Virtual Museum of the National Library, Genealogic Database, Videodisc and the first homepage of the National Library (1994) and stacks robotics. He was Secretary of the Spanish Point of two different terms for Action Plan for Libraries and one of the promoters of Hispano-American Rare Books Union Catalogue Novum Regestrum and was in the working party and tender party that started the Consortium of European Research Libraries. Since 1996 became Director of the Biblioteca de Menéndez Pelayo with a strong collection on classical languages, palaeographical duties and rare book scholarships. Since 2002 he retired from the public sector and became Project Manager of the Fundacion Ignacio de Larramendi (owner of DIGIBIS) in which he is the librarian of the Bibliotecas Virtuales Larramendi, a project on aggregation of authors, works (with different expressions and manifestations), and subjects related with historical thinking and repercussion of Hispanic science and philosophy from Spain, Portugal, Brazil and Hispano-American. His work interacts constantly with DIGIBIS development in ILS progress and advances. He has written about 200 papers on library automation, rare books, bibliography and related subjects. He was member of the IFLA Information Technology Section during two terms. He is Fluent in Speaking and Writing English, French, Italian and German. EURIG Member