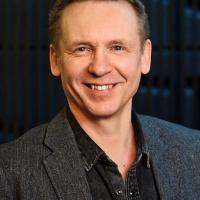 Jouni Jaakkola has since 1980’s conducted research into environment and health in populations applying epidemiologic methods and combining multidisciplinary collaboration. He has contributed to theory and practice of exposure assessment applying both biomarkers of exposure, effects and effect modification. Jaakkola has a wide experience in leading multidisciplinary studies of the health effects of environmental factors in indoor environments, ambient air, water and soil. He has directed several international multidisciplinary research centers; in early 1990s he established the Environmental Epidemiology Unit at Uni Helsinki; in 1998 he was a founder and co-director of Johns Hopkins Center of Childhood Asthma in Urban Environments; 2003 to 2008 he served as director of the Institute of Occupational and Environmental Medicine, Uni Birmingham, UK; and in 2008 he established CERH at Uni Oulu. Jaakkola has combined academic and societal activities for the global public health mission. He served as Director of WHO Collaborating Centre in Occupational Health at Uni Birmingham 2003-2008 and as Director of WHO Collaborating Centre in Global Change, Environment and Public Health 2014-.