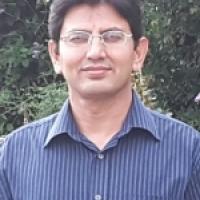 I am a Professor in Distributed Systems at the University of Leicester. Previously I was the director of data science research centre at the University of Derby UK. Before this I worked at the Department of Computing, Imperial College London. I have been working on various collaborative projects with CERN Geneva Switzerland for the last twelve years. My areas of research include Distributed and Parallel Systems, Distributed Artificial Intelligence and scalable methods to mine large and complex datasets. I have worked on a number of research projects that have been funded by various European, American and Asian funding agencies. I am an active researcher and have participated in numerous computing schools, meetings and conferences to present my research work. I have more than 90 peer reviewed publications to my credit. Before starting an academic career, I worked for various software multinational companies for around 7 years. I have been part of the EC funded projects in Grids/Clouds and distributed systems, Machine learning and data mining such as Health-e-Child (IP, FP6), neuGrid (STREP, FP7) and TRANSFORM (IP, FP7) where I have been dealing with resource management of large scale systems, performance monitoring and optimization, data mining and service orchestration. In addition to this, I have been granted a three year project (two plus one year) from from Technology Strategy Board, UK which will capture video streams from live cameras and then using machine learning algorithms will process these images in a cloud environment for security and surveillance domains. I recently got funding from RCUK to provide a large scale cloud computing based Video Analytics (VaaS) platform for surveillance and object tracking. In addition to this, I am working with a leading Pharma company to develop a large scale clinical trial management system across distributed data centres for optimizing the drug discovery processes and reducing the operational costs.