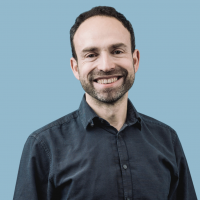 Marko has over 20 years’ experience developing innovations in academia, corporations and start-ups in both the UK and US. As Head of Innovation and Artificial Intelligence at Medopad, his role is to develop market-leading digital health technologies to be deployed around the world. Prior to that, he was Chief Technology Officer at Digital Catapult, the UK’s advanced digital technology innovation centre, working across emerging technologies including machine learning, 5G, the Internet of Things, virtual and augmented reality and blockchain. On the Board of NHS Digital, he leads on innovation, emerging technologies, partnerships and technology transfer. Marko has been instrumental in bringing several new technologies to market. At a start-up called State he helped to launch a digital global opinion network. Formerly, Marko was Head of Innovation at lastminute.com, where his team launched an array of award-winning mobile apps. Marko studied Computer Science at Cambridge University, and has a PhD in Computer Science (Artificial Intelligence) from Stanford, where he led foundational work on recommender systems.