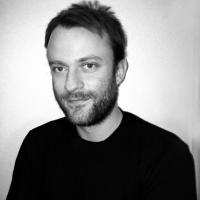 Dr. Christos Diou received his PhD on semantic analysis of multimedia with machine learning in 2010 from the Department of Electrical and Computer Engineering, Aristotle University of Thessaloniki, Greece. His research interests include signal processing and machine learning with weakly supervised data with applications in analysis of behavioural data, concept-based retrieval of multimedia, as well as analytics and decision support for health and energy efficiency applications. He has worked as a researcher in CERTH-ITI for international research projects ASSIST (FP6, STREP), VITALAS (FP6, IP) and CASSANDRA (FP7 – 288429), as well as in the Aristotle University of Thessaloniki for projects SPLENDID (FP7 – 610746) and currently for BigO (H2020 – 727688). He has published over 50 papers in international scientific journals and conferences and has served as a reviewer for journals and conferences in the areas of machine learning, multimedia analysis and retrieval systems. In 2005, Dr. Diou received a full three-year scholarship from the Greek State Scholarships Foundation, while in 2012 he was awarded an annual postdoctoral scholarship from the research committee of the Aristotle University of Thessaloniki. He is a member of the Technical Chamber of Greece and of IEEE.