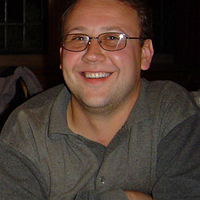 Marius PRELIPCEANU, PhD – Post-doctoral researcher - received his Ph.D. in Electronics and Telecommunications from the ”Stefan cel Mare” University of Suceava (Romania) in 2014 and his M.S. in Organic Semiconductors Thin Films (2004) from “Al. I. Cuza” University of Iasi (Romania) and Potsdam University (Germany) and B.Sc. in Physics Engineering (2002) from “Al. I. Cuza” University of Iasi (Romania). The studies reported may be summarized as follows: the construction and investigation of optoelectronic devices, tailored with a new series of organic materials, by means of electrical, optical and morphology characterization, as well as theoretical modeling. It was studied also how electrical traps influence the device efficiency.