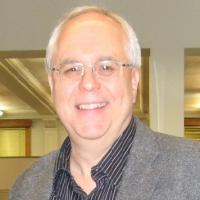 Chuck is the Research Data Management Services Coordinator at the University of Alberta. He has worked on several regional, national and international initiatives to increase access to data for teaching and research purposes, including the Canadian National Data Archive Consultation, the Canadian National Consultation on Access to Scientific Research Data, the Canadian Digital Information Strategy Development Committee, the Association of Research Libraries (ARL) Joint Task Force on Library Support for E-Science, and Canada's Research Data Strategy Working Group, now known as Research Data Canada. In 2010-2011, he served as Canada's representative on the OECD Global Science Forum for Data and Research Infrastructure for the Social Sciences. Beginning in 2010, he was the lead investigator for the University of Alberta Libraries' participation in the Canadian International Polar Year (IPY) Data Assembly Centres Network, which has since become the Canadian Polar Data Network.