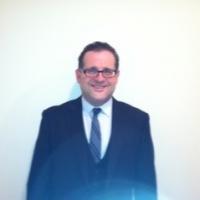 Ari Afilalo is a well-known author, writer, professor, and philosopher. Afilalo’s areas of specialization are international trade law, business transactions, and contracts. At the start of his career, Ari served as a clerk of Paul J. Liacos, the Chief Justice of the Supreme Judicial Court of Massachusetts for several years. Since 2000, Afilalo is a Law Professor at the Camden faculty at Rutgers. His scholar interests include the treatment of intellectual property in free trade areas, the European Union’s system of judicial remedies, the international rules for the protection of cross-border investment and the law governing the elimination of non-tariff barriers to trade. Ari Afilalo was an adjunct professor at Suffolk Law School in Boston in the time when he practiced law in New York. During that time, Afilalo focused mainly on cross-border commercial and financial transactions between Europe and the United States, and many other cases related to intellectual property matters in the New York City. Ari Afilalo is the co-author of the book The New Global Trading Order: ‘The Evolving State and the Future of Trade’. In this book are addressed largely neglected questions about the world trade order. Moreover, he is the author of a book international trade law and institutions through Cambridge University Press. Ari Afilalo also publishes blogs and his published material on legal matters related to the international trade, GATT, NAFTA, and the European Union.