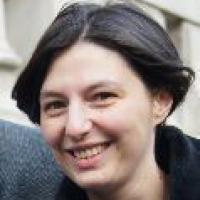 Sarah Cohen-Boulakia is a full Professor at the Laboratoire de Recherche en Informatique at Universite Paris-Sud/Paris-Saclay. She holds a Ph.D. in Computer Science and a habilitation from the same University. She has been working for fifteen years in multi-disciplinary groups involving computer scientists and biologists of various domains. She spent two-years as a postdoctoral researcher at the University of Pennsylvania, USA and 18 months at the Institute of Computational Biology (IBC) of Montpellier, France. Dr. Cohen-Boulakia’s research interests include provenance and design of scientific workflows, reproducibility of scientific experiments, integration, querying and ranking in the context of biological and biomedical databases. She currently co-animates a National working group on reproducibility of scientific experiments and she is involved in the European Research Infrastructure ELIXIR (https://www.elixir-europe.org/).