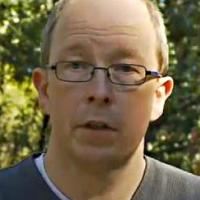 Donald Hobern studied Classics and went on to work for sixteen years for IBM as a software developer and web architect. In 2002, he moved to Copenhagen, Denmark to develop the data strategy and initial implementation of the Global Biodiversity Information Facility (GBIF, http://www.gbif.org/), a global partnership between governments and international organisations to share data on the world's biodiversity. From 2007 to 2011, he served as the inaugural Director of the Atlas of Living Australia (ALA, http://www.ala.org.au/), overseeing the development of the national database and web portal for Australian biodiversity data. In 2012, he returned to GBIF as its Executive Secretary and seeks to reinforce GBIF's role as a global network for the mobilisation and use of free and open data for studying biodiversity patterns.