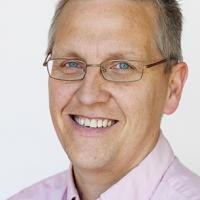 Prof. Pall Thordarson (Palli) obtained his BSc. from the University of Iceland in 1996 and a PhD in Chemistry from The University of Sydney in 2001. Following a Marie Curie Fellowship in the Netherlands he returned to Australia in 2003 and was then appointed at UNSW Sydney in 2007 as a Senior Lecturer. He was awarded an ARC Future Fellowship in 2012 and promoted to Full Professor in 2017. With over 100 publications, including in prestigious journals such as Nature and Nature Nanotechnology, his research interest range from Nanomedicine and Light-harvesting Materials to Supramolecular and Systems Chemistry. He has received a number of awards including the 2012 Le Fèvre Memorial Prize from the Australian Academy of Science for outstanding basic research in Chemistry by a Scientist under the age of 40. In 2015 Palli founded the Opendatafit project, which he currently still leads. The mission of the Opendatafit project is “To provide global research community with both tools and information to collect and analyse data in fields related to Bio-Nano Science [including chemistry] more effectively. Its pilot website, supramolecular.org has over 10,000 users and has been cited nearly 100 times in the literature since its conception.