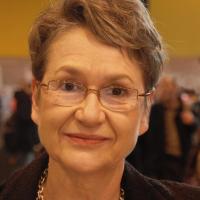 Ségolène Aymé now acts as expert in residence for rare diseases at the Brain and Spine Institute in Paris. She was the founder of Orphanet in 1997 and Executive Manager up to 2011. She chaired the Public and Professional Policy Committee of the European Society of Human Genetics (1998-2007), then chaired the EC rare diseases Task Force (2007-2010) and the EU Committee of Experts on rare diseases (2010-2013), the WHO Topic Advisory Group for Rare Diseases (2007-2016). She managed the scientific secretariat of International Rare Disease Research Consortium (2012-1015). She founded the Orphanet Journal of Rare Diseases in 2005 and served as Editor-in-Chief until 2018.