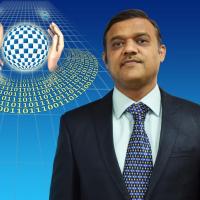 Dr. Dinesh Katre is presently Senior Director & HOD at Centre for Development of Advanced Computing (C-DAC), Pune. He is spearheading the Centre of Excellence for Digital Preservation funded by Ministry of Electronics and Information Technology, Government of India. He led the development of digital preservation standard notified within India and various software tools for digital archival, e-records extraction, pre-archival processing, metadata conversion, large scale ingesting. He is instrumental in established a number of digital repositories in various domains such as government archives, audiovisual archive, virtual museums, e-governance. He was the main driving force behind introduction of ISO 16363 standard in India. Through his collaborative efforts with IGNCA, National Cultural Audiovisual Archive (NCAA) received world’s first certification as trustworthy digital repository in 2017. During 2010, he was given the responsibility to chart out the scope and roadmap for National Digital Preservation Programme (NDPP) to be undertaken by Government of India (www.ndpp.in). He was a member of the International Experts Consultative Committee of UNESCO Memory of the World, which drafted the Recommendation concerning the "Preservation of, Access to, Documentary Heritage in the Digital Era" (38 C/Resolutions – Annex V) which was unanimously passed by the general conference of UNESCO in 2015.