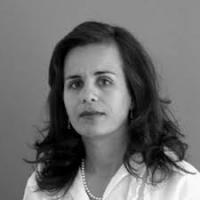 Catherine Chronaki is Secretary General at the HL7 Foundation, the European office of HL7 International engaged on digital health policy and interoperability initiatives. Catherine has engaged in eHealth projects since the early 90’s when she joined FORTH-ICS to engage in the design, implementation, and evaluation of a system for the retrieval of medical images by content. Since then she has played a key role within National and European eHealth projects, addressing the wider scope of eHealth: health Information Infrastructures employing interoperability standards for integrated Electronic Health Records (EHRs) and eHealth services. Author of 100+ papers, she has served as Associate Editor IEEE Transactions for Information Technology in Biomedicine, and on the program committee of major eHealth conferences. She serves on the Board of HL7 Hellas, as Vice President of the European Federation of Medical Informatics (EFMI), and member the eHealth Stakeholders group of the European Commission (2016-2019). She has also served on the HL7 International Board (2008-2012) and as secretary to the Nucleus of the eCardiology WG of the European Society of Cardiology. She led the Trillium Bridge project operational arm of the EU/US MoU Roadmap, and the eStandards support action which delivered standardization roadmap for large scale eHealth deployment in Europe. She currently coordinates Trillium-II, continuation of Trillium Bridge project aiming to scale up adoption of EHR standards, starting with the international patient summary. Currently, Catherine is a member of the FAIR4Health team at the HL7 Europe foundation working to bridge FAIR with FHIR.