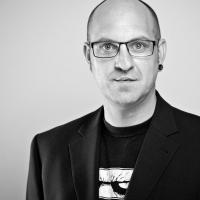 Dirk is interested in tech drivers with regard to the consolidation of norms and visions, policies and roadmaps, investments and construction activities for both e-infrastructures and data infrastructures/data spcaes within the EU, especially with regard to initiatives towards Open Science (e.g. UNESCO Recommendation, EOSC, GOSC). Dirk studied philosophy, political science, sociology and history at the University of Karlsruhe and the University of Frankfurt/Main. From 2006 to 2012 he was a member of at the Graduate School Topology of Technology, funded by the German Research Foundation (DFG) at Technical University Darmstadt. In 2009 Dirk has been a visiting researcher at Science and Technology Program, UC Davis, USA. Since then he cultivated his interdisciplinary research background as well as his involvement with the philosophy and ethics of technology and innovation at the Faculty of Humanities and Social Sciences of Helmut-Schmidt-University / University of Federal Armed Forces Hamburg, University of Mainz, Fraunhofer Institute for Systems and Innovation Research ISI, and as a Senior Researcher of the Institute of Technology Assessment and Systems Analysis (ITAS) at Karlsruhe Institute of Technology (KIT), where he has been in charge of a scholarly online portal for Technology Assessment which he developed together with colleagues of FIZ Karlsruhe - Leibniz Institute for Information Infrastructure: https://www.openta.net/. - As a science policy advisor of the German Council for Scientific Information Infrastructures (RfII), during its 2nd mandate from 2019 as of shortly by the German Joint Science Conference, Dirk has been in charge of the RfII's latest policy report "Datenpolitik, Open Science und Dateninfrastrukturen: Aktuelle Entwicklungen im europäischen Raum" which was published in October 2022. Since 2022 Dirk is member of CODATA's working group on dataethics.