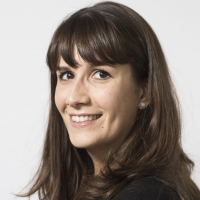 She graduated in 2010 from the Master's degree in "Digital Technologies Applied to History" at the Ecole Nationale des Chartes, and has been an archivist at the Center for Socio-political Data since December 2012. Previously she was an archivist and web project manager at Ined. She is now in charge of archiving and disseminating records/data for the Qualitative Social Science Survey Bank (beQuali). In connection with this project, she also participates in the ArchiPolis consortium, which works to identify and preserve surveys archives in the social sciences. She has also been a member of the section on University and Research archives (AURORE) of the Association of French Archivists (AAF).